At night after we’ve read Milo the Magnificent, We’re Different We’re the Same or Angry Ninja (which features a very effective calming-the-eff-down technique that I often employ), the boys pile on Noah’s twin bed eager for Daddy-makes-up-a-story time.

At the end of the day when brain glucose is flagging and I’ve used up my last empathy reserves on floss negotiations, bedtime narrative conjuring feels like a lot.

There’s Noah Bear and Jude Bear who live in a forest cottage with their benevolent ursine parents (Mommy Bear and Daddy Bear, duh). Look out Bernstains.

The cottage comes complete with a slide that shoots out of their second floor bedroom window for expeditious adventure delivery when Thor comes a knocking.

So far, the Bears and Thor have battled

the Fun Sucker at the State Fair,

and there was, of course, the great space battle with Loki disguised as a Viking when they got warped out of the big cone waterslide at the Great Wolf Lodge.

I don’t even have time to fill you in on the other characters populating our bedtime world like Eunice the Unicorn, Skalefaton the green dragon who breathes out both fire and water, Sam from the lakeside village, and Bonnie the Snow Bunny with her unexpected pal William Wolf.

This morning after getting Eggos, Multigrain Cheerios, and grapes on their last edible day (🤞) into the boys’ grumble bellies, Noah said, “Daddy, can you tell us the chili story?”

He meant the story of Tony Stark and Pepper Potts entering a Texas chili cook-off only to find that one of Thanos’s dark agents is feeding the judges spicy beans that make you disappear.

I’m getting The Complete Hans Christian Andersen Fairy Tales from the library stat. I’ll even honor requests to read it in Thor voice if it means I can let Hans spin the yarns for a spell.

The big challenge comes in when the boys ask for a story encore.

I can’t remember the setting, which Avenger-ers were present, nor the antagonist’s identity. I usually have to rely on Noah to correct me on plot points.

Reminds me of something my great grandpa Joel used to say well before The Four Agreements came out — always tell the truth. That way you don’t have to remember anything.

All this story time got me asking

#1 Why/how are we humans so wired for a good chronicle?

#2 And what stories am I telling me?

Case in point. Writing the top half of this letter to you— the sun comes up EARLY here in Massachusetts, so I was wakey just after 5.

Great! I can do some writing.

I start the coffee, I drink some water, I open the door to the deck, smell the morning, and listen to the birdies.

Someone else is up with the sun.

I tromp upstairs taking deep breath’s like the Angry Ninja book taught me, and I find lil Jude at the door excited as Disneyland to come downstairs.

“Buddy, I know the sun’s shining behind your curtains, but it’s still very early. Can you lie down for a few more minutes, and I’ll be back to get you soon?”

Daddy, I need to go potty.

Daddy, I need to blow my nose.

Re: the nose blow: Daddy, that was a biiiiig one.

Daddy, how you break your glasses that time? (This is a recurring explanation request.)

I make it downstairs, sip my coffee, open the laptop.

This is Sisyphean. I manage to contain them in their room until 5:53 just to preserve some illusion of paternal agency.

Two breakfasts, three dinosaur figure hostage negotiations, and seven Avenger-er costume changes later (why do they come with GLOVES???), I get to the part where I tell you about the Iron Man chili cook-off story.

Because I have stories.

Our four-year-old and two-year-old should sleep until 6:30 even though the sun mocks our east-facing blackout curtains.

Our boys should quietly read War and Peace in their respective corners while I peacefully type this letter to you.

Jude’s demand to change from the Hulk to the Spiderman cape costume is thwarting my creative goals!

And I wonder why I need to do the Angry Ninja breaths.

Your girl and mine, Brené Brown, shares a useful tool that she and her husband use.

They say, “The story I’m making up about this is….”

It’s a great way to own your interpretation of events and help the person who may or may not have hit you in the feels to see the issue shoulder to shoulder with you rather than at the end of your Thor hammer.

It’s also a terrific way to help yourself loosen up.

If my assessment of the territory is unassailable, I’m stuck in a misery loop.

I can’t get anything done! This two-year-old miracle we prayed and prayed for is so demanding!

Is the story I’m making up true?

I look at little Jude’s eyeballs and see this mighty soul who wants Daddy to be Bruce Banner for a little while.

I’ll get stuff done later. Or not? In one year, is that gonna matter?

My ego screams out, Nooooooooo!

Another great influence in my life (besides Dr. Brown) is Father Richard Rohr who says the ego always wants to be separate and better.

That’s how I can always tell if I’ve taken a hard turn into Judgytown.

Judgment says, “I would never do that.”

Understanding says, “That hurts me, and I’m capable of the same.”

So here’s the takeaway from today’s chili competition against Thanos.

What’s the story you’re making up?

Could another narrative be as true or truer?

Storyboard a few options, and see what you come up with.

I’ll give you another piece of advice I picked up from my sensible Londoner pals Graham and Sara just before Noah was born.

They said, “Whatever makes you the most relaxed as a parent, that’s the thing you need to do.”

Whatever makes you the most relaxed as a singer, friend, writer, partner, Avenger-er, that’s the thing you need to do.

In the meantime, I hope you’ll see if there’s a different page you can turn to in that choose-your-own-adventure book of yours. You can flip back and try again, you know.

And MOST IMPORTANTLY, remember objectively, scientifically, and ontologically— There’s only ONE you, and folks need to hear the story only you can sing.

ps My podcast dreams came true a couple weeks ago when Brené Brown and Fr. Richard sat down to talk about Spirituality, Certitude, and Infinite Love. I recommend.

pps And just look at these Avenger-ers. IMO two of the cutest email interrupters ever. 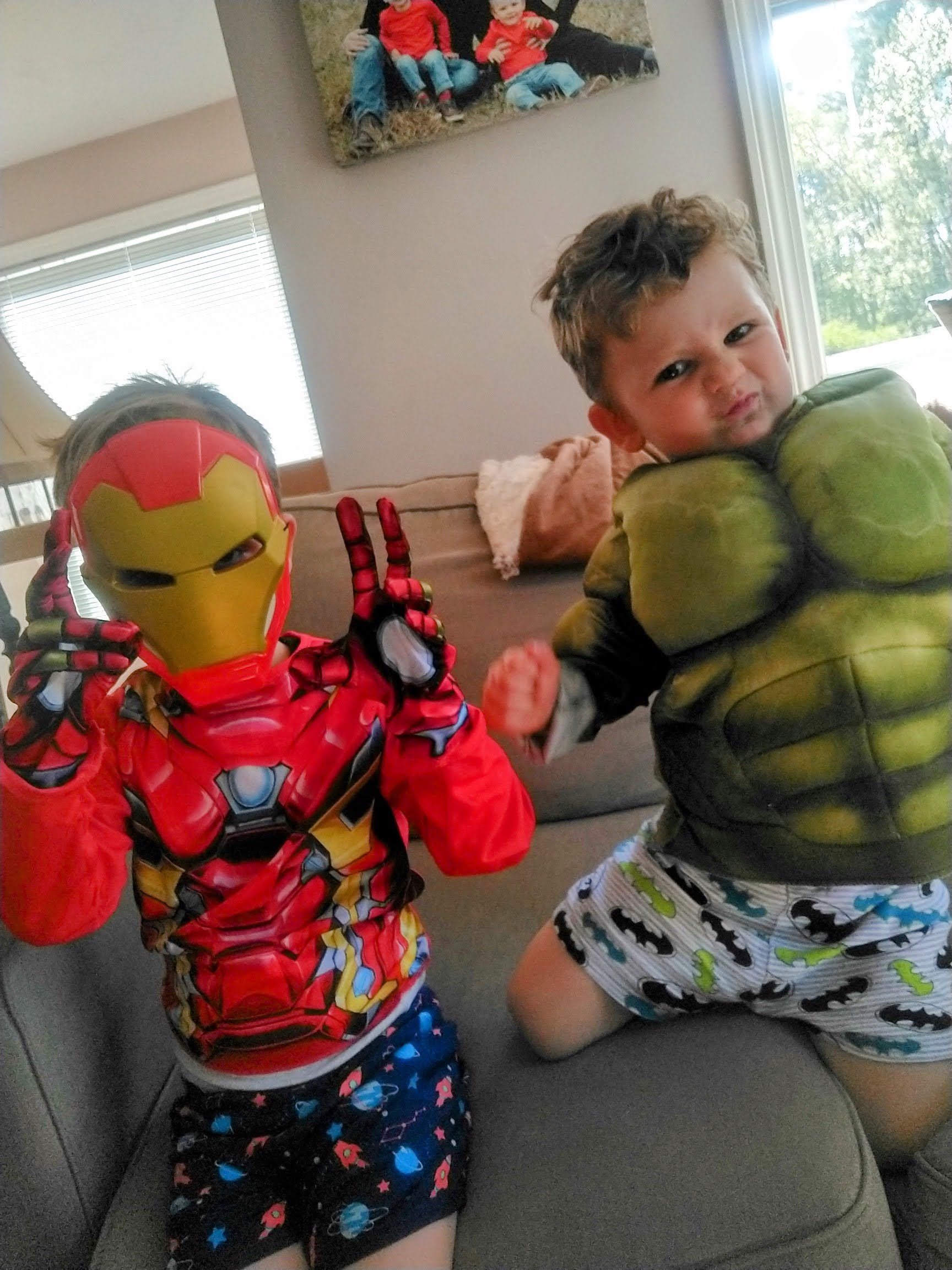 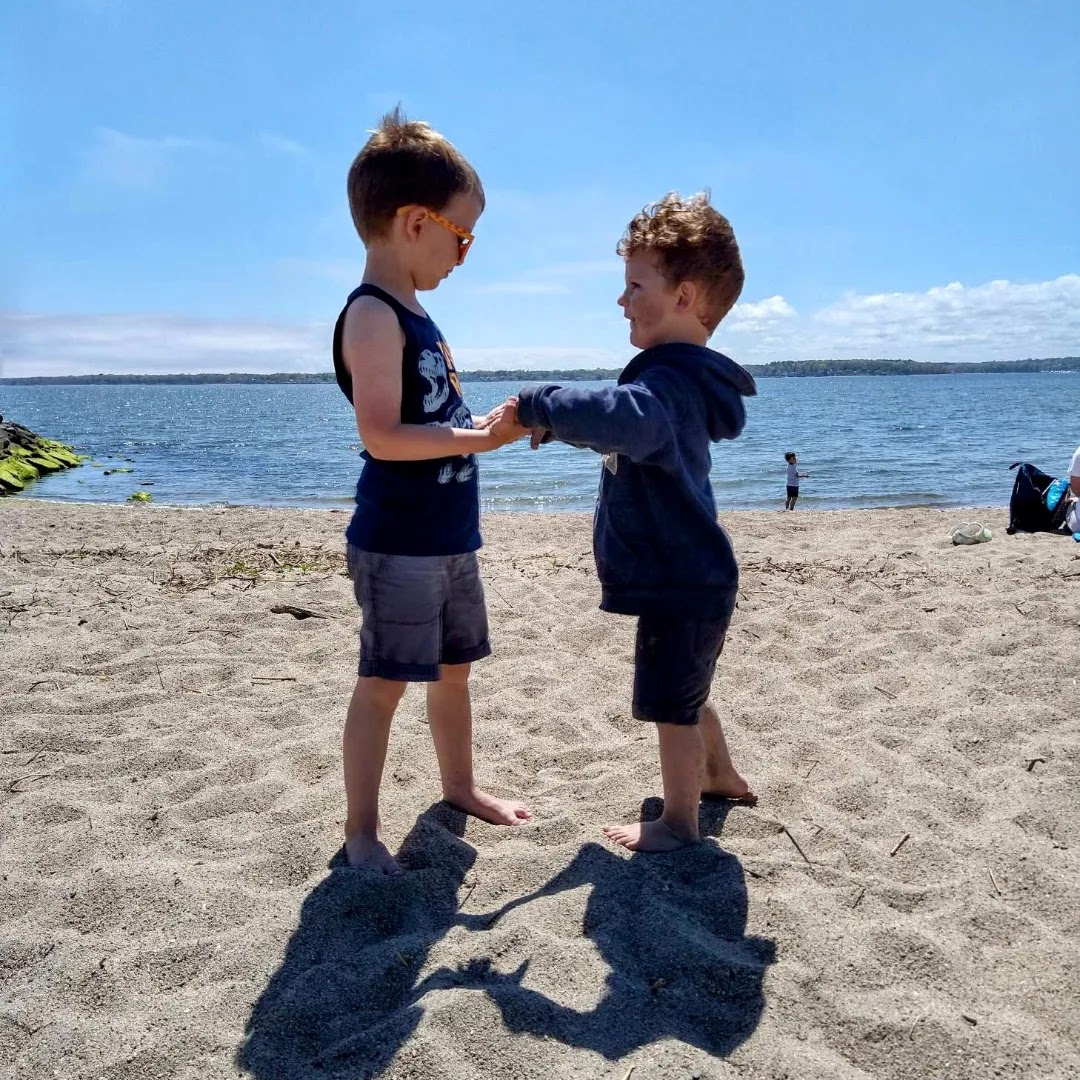 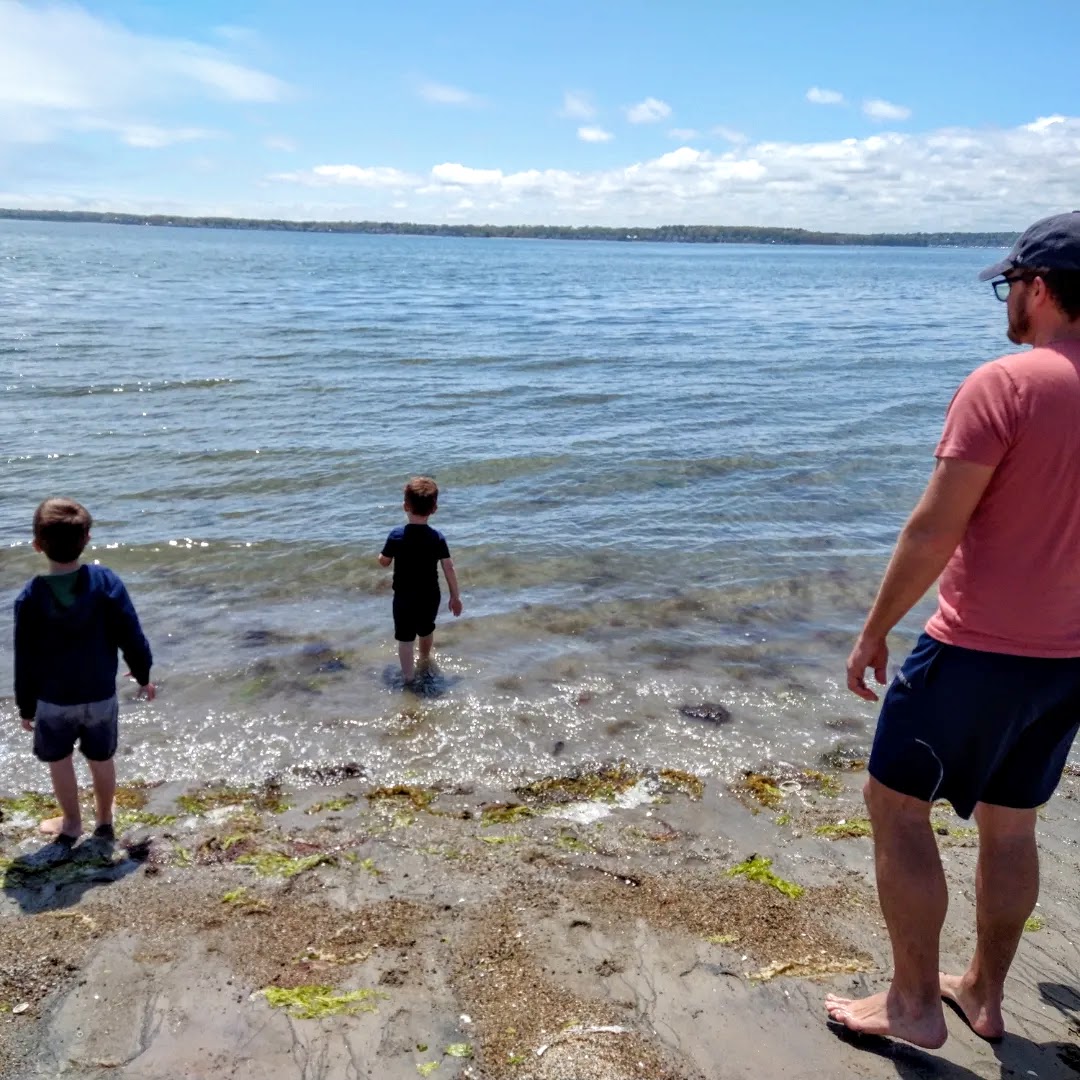 Now do something that helps you relax a little.

Speaking of, I’m doing a lil experiment with my cell phone relationship. So far, cortisol levels are on a good downward trajectory. I’ll fill you in soon. 💙

Avengerswhat stories are you making up?