Whose Idea WAS This?

🚂 The Commutah Rail was only runnin’ four double deckahs a couple weeks ago, so I wondered where everybody was gonna sit as the train dinged its way to the Framingham platform.

When the conductor got off the train, he confirmed my query when he smiled through his mask, “I dunno where you’re all gonna sit.”

After months of low pandemic ridership, this sardine situation was new.

But I spotted an open seat next to a kind looking person and asked if I could park myself next to her.

By the time we reached Natick, I knew she was going in for an educational meeting for school counselors, and she knew I was going in to teach young voices to screlt at the BoCo.

I learned about her background in childhood development, her teaching for future guidance counselors, and her research in gender; and her husband was working on a musical documentary project tracing the history of suffrage in the United States. Only in Boston, right??

We had a delightful chat, so I invited her and her hubster to come to my faculty recital. She recommended several great Boston restaurants, and after all that we finally told each other our names.

It was a great morning getting to know Barb.

Then last Saturday at my recital, I spotted her and her husband on the second row in Seully Hall.

As I sang the Strauss portion of the program, I saw them wiping their cheeks in my peripheral vision, and as I tried to keep all my German images straight in my head, I also thought, “If they hadn’t run just the four double deckahs that day, I wouldn’t have met Barb.”

Here’s a shot from the action on Saturday. 🙂 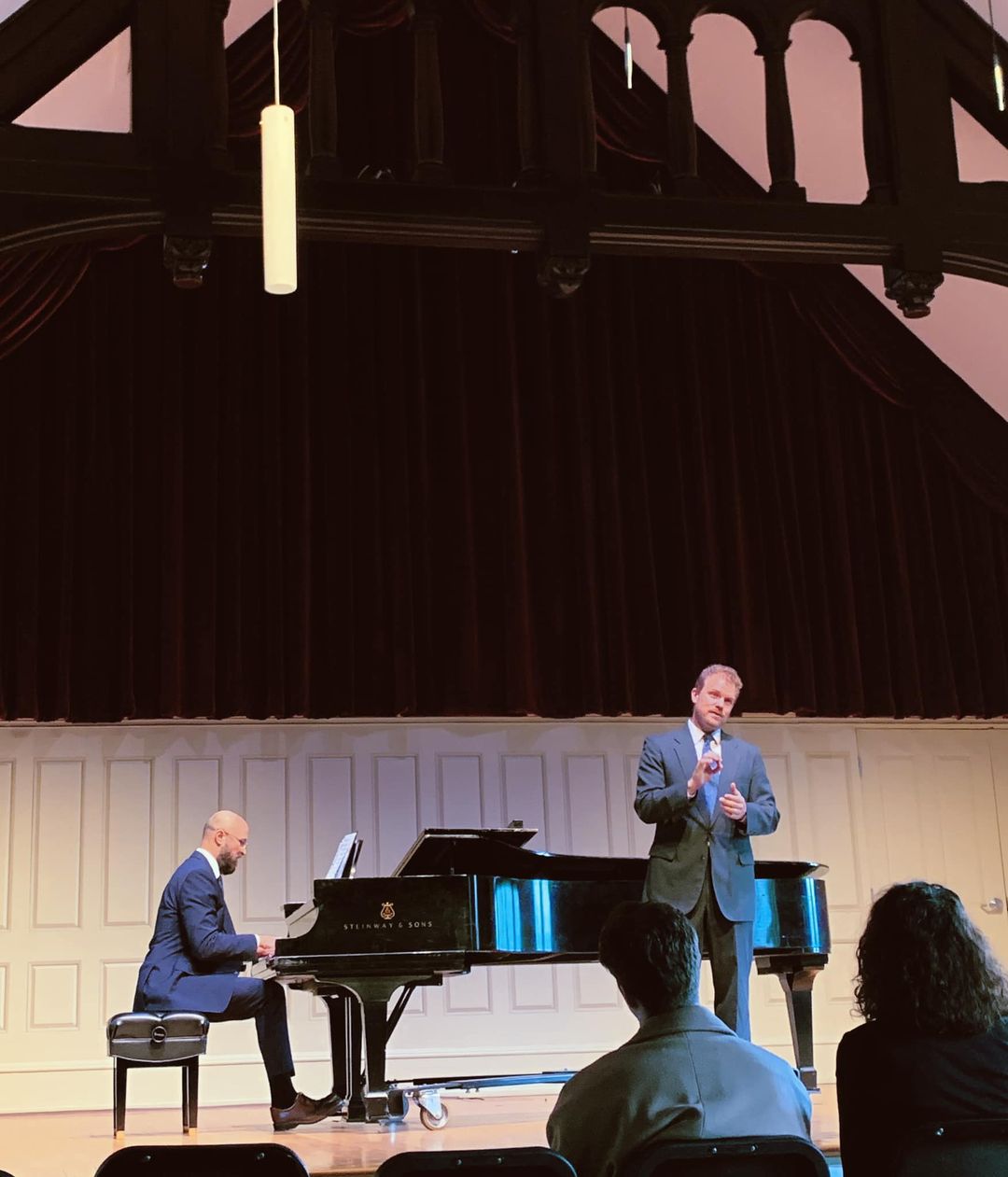 We got to chat afterward, and both of them reflected on how terrific it was to be in a hall with live performance again. We’ve all been starved for these chances to hear music and heal. It’s gonna be a while in recovery, I have a feeling.

This whole week had me thinking about you, though. As my recital approached, I kept asking in my brain, “Whose idea WAS this anyway??”

Do you do that? Start a creative idea full of excitement and then about two-thirds of the way down the development or rehearsal road, you imagine loading up the El Camino and driving as fast as you can in the opposite direction?

That’s all of us.

Singing songs for folks takes a lot of practice, and you never know what’s gonna shake down in the moment of the thing. There’s trust and faith involved after all that prep.

All this to say I think you should still make stuff up and do it.

And invite all the folks to it.

You never know when you’re gonna meet Barbara on the train and give her and her husband a much-needed afternoon of healing music.

Healing. Or as Jude used to say— Heawing.

That’s the highest goal that we have as singers. We breathe in free oxygen, then we get to vibrate that back out in artfully crafted frequencies.

Listen for folks around you who inspire you and light up your soul. That’s who you’re supposed to be working with.

My incredible collaborator 🎹 for Saturday, Scott Nicholas—I heard him play master’s program auditions at school and thought to myself what is this gut-honey wizardry I’m hearing??

So, I emailed him and told him his piano playing made me feel bumble bees in my nethers, and would he wanna make music together(?). He said hell yes, and now this is the beginning of a terrific partnership.

So that’s the lesson for this week. Keep making stuff up, putting things together, and invite all the folks you can. Someone will be there wiping tears that they needed to cry out for several months.

And in these times, we all have a big reserve of those.

Most of all, remember that there’s only one of you, and folks need to hear the story that only you can sing.

ps Noah and Jude warming up backstage before the recital 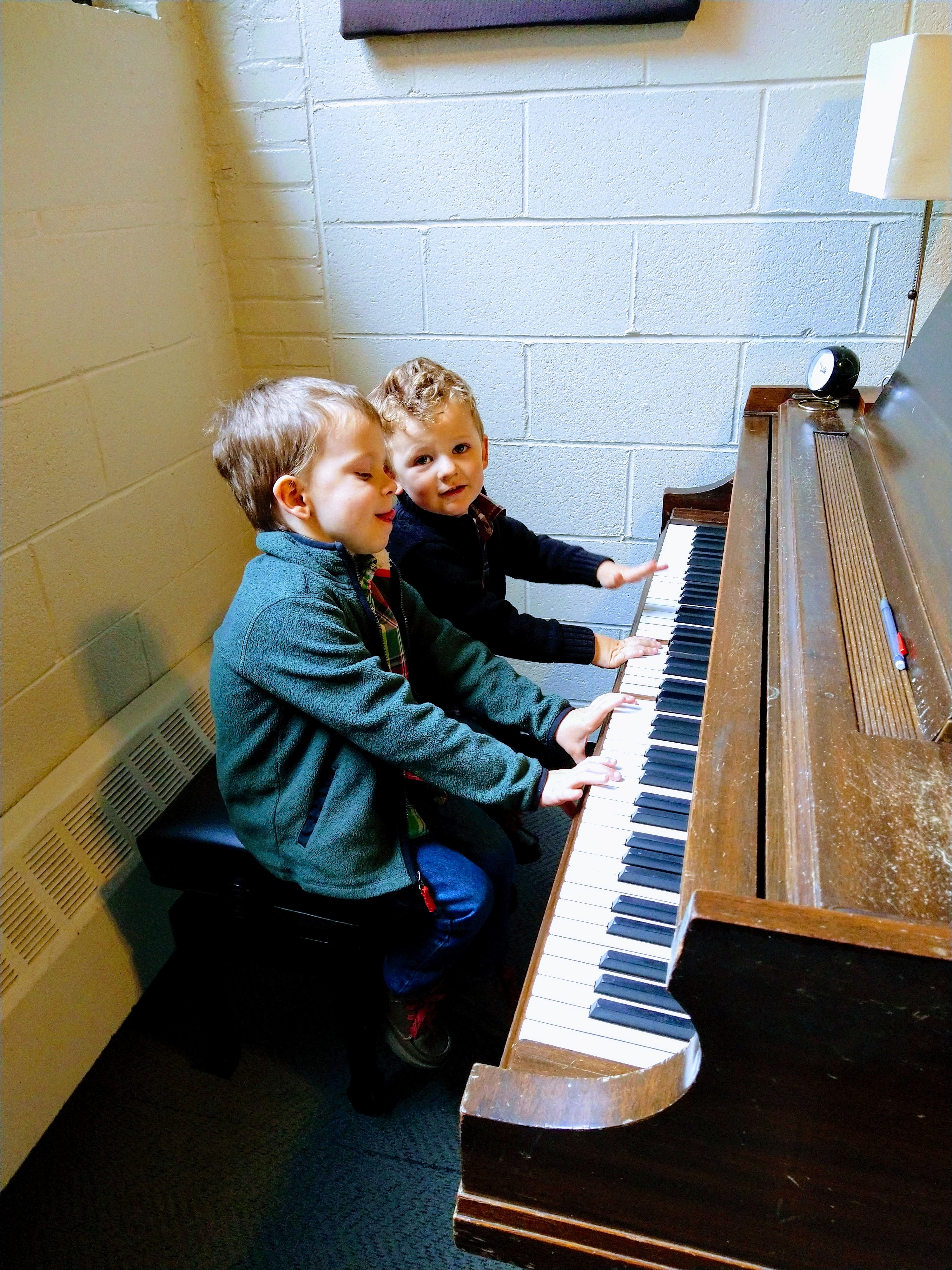 ps and this is the gold of getting to be a teacher — students who become your friends and take the bus form NYC to come see your recital. Love you, Justin Norwood 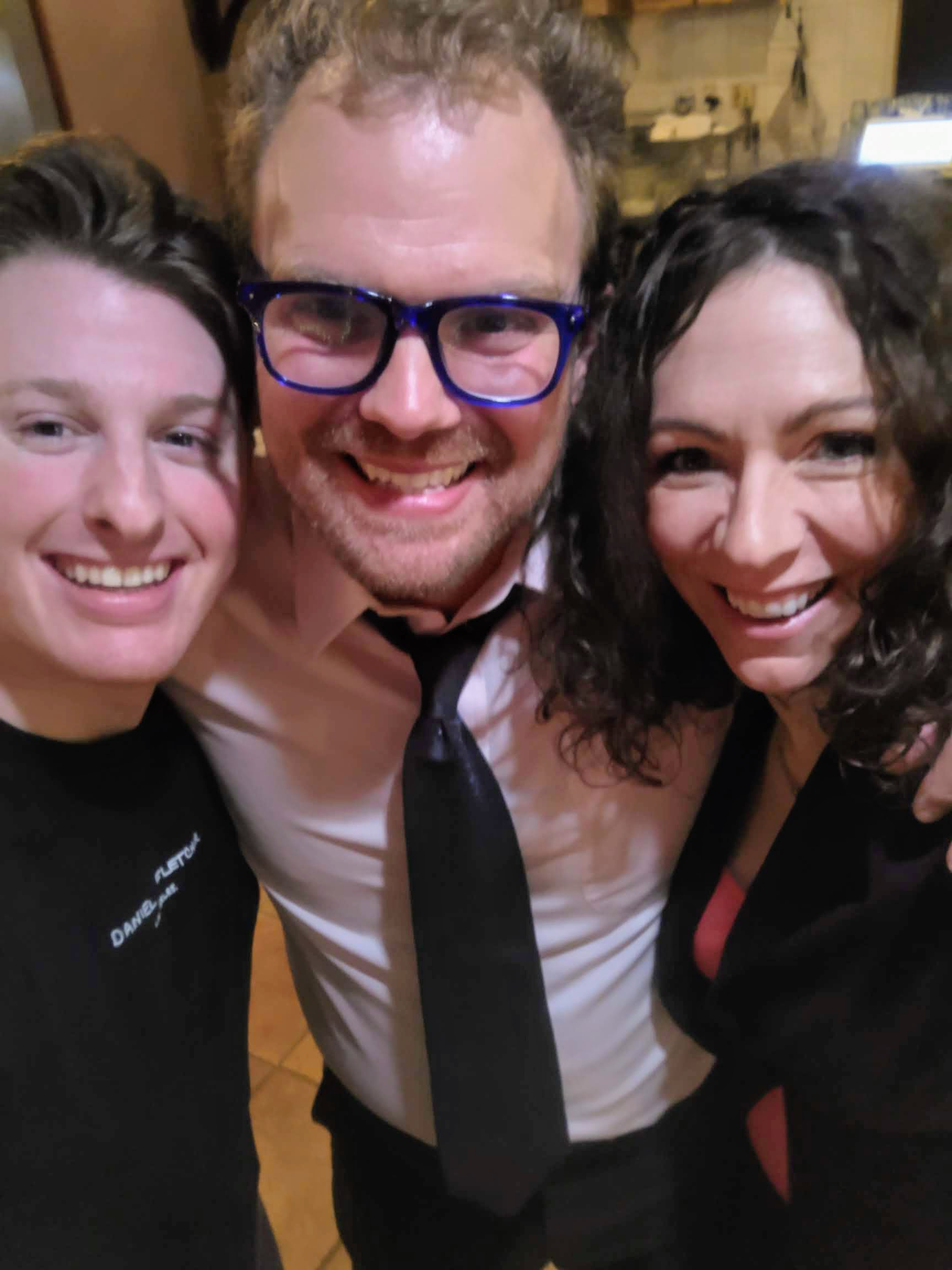